Home Why Do Dogs

Why Do Dogs Roll In Dead Animals 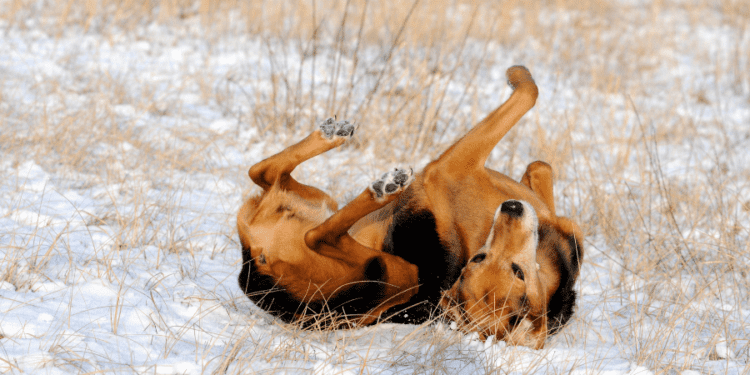 You have to bathe your dog, groom him and take him for a walk. Then, he starts rolling in on a dead animal or something similar near the road. You have to do the same things over again. Why do dogs roll in dead animals? There is not just one answer that is 100% accurate. There are a few theories for this and we are going to explain all of them below and also tell you what you should do if this issue annoys you (it probably does).

Why Do Dogs Roll In Dead Animals?

He wants to be stealthy

This is the most common theory of them all and many experts believe it is the only answer. Why do dogs roll in dead animals? They want to be stealthy. Before dogs became pets they lived in the wild and they were predators. Think of wolves today. It is the same thing. Wild dogs and wolves will roll in dead animals or carcasses in order to mask their scent.

The idea is simple. Prey won’t smell like a predatory but rather a carcass. This is a common smell in the wild hence prey doesn’t have to worry about it. Wolves have been doing this for centuries and it works. Experts claim that domesticated dogs still have this in their genes hence this is the explanation why.

The theory is not bulletproof. First of all, prey can easily see a predator (wolf or a dog). They have an excellent peripheral vision for this reason only. Most of these animals have a great scent as well so they can still smell a predator. Then we can see that wild dogs and wolves don’t use stealth when they hunt. They will chase prey and catch him. One way or another, this theory does make sense but there is a different side of it as well.

This theory is a very interesting one. But, 50% of experts claim one version while the rest believes another explanation is the truth. Many experts claim that dogs will roll in dead animals so they can share that scent with other pack members. The idea is that others will smell this in the wild and they will follow a wolf or a dog to find food.

Why Do Dogs Get Hiccups?

Why Do Dogs Lick Your Face?

Why Do Dogs Like To Be Pet Every Single Day

The second option is that dogs will roll in dead animals to cover the scent with their own scent. The reason here is that they will do this to mark the territory and also to prevent others from finding the carcass which is still food. The second opinion here is not very believable for some experts. Dogs have been using urine and feces to mark the territory. Why would they roll in a dead animal?

Yes, dogs can roll in dead animals because it is fun. Vets believe that this action will release dopamine in the brain. As such, a dog will feel happy and satisfied, rewarded actually. He will want to do the same thing over and over again because it is fun for him and it is nice.

That’s why in most dogs you can see the happiness when he rolls in dead animals. You can see the thrill and the pleasure present. You won’t enjoy it and you will probably want to bathe your pet immediately after, which is something you should do. In order to remove the smell, you will have to use a strong shampoo, brush him and also rinse him a couple of times.

Some experts will claim this is an extremely common reason and it can be the truth in some situations. If a dog rolls in dead animals or poop and there is another dog present, it is the explanation why. Your pet will tell other dogs or dogs that he found something interesting. Other dogs will come and they will do the same thing.

Here’s how you can prevent this

There are a few options you can use in this case scenario in order to prevent him from rolling in dead animals. The first thing you will have to do is to teach him recall. Basically, it means that your pet must come back to you when you call him. Teach him immediately if possible. Call his name and when he comes, you will reward him with a treat. If you have been using a clicker, you can use it for this purpose as well. If he refuses to come, wait and repeat the process. Only reward him and treat him when he obeys you. Repeat this as many times as you need. Keep in mind that a place without any distractions will help you complete this training sooner.

Always tell your pet not to touch something that is bad or something you don’t like. A carcass is an ideal example. If you plan on walking your pet without a leash, both of these things are mandatory. He must obey you and he must move away from the carcass or something else if you tell him to do so. Yes, you can reward him afterward.

Avoiding risky places can be a second solution. If you know that a particular area may host a dead animal or anything similar, you should avoid that place. Walk your pet somewhere else. This obviously doesn’t mean that you should avoid walking your pet completely, just be careful where you do it. It is not a solution but a preventive. When it comes to dogs, prevention is as important as the solution itself. A nice addition here is to try and keep your pet busy and focused on you.

Why do dogs roll in dead animals? Why do they roll in poop? Believe it or not, the same theories apply to both cases. This is not acceptable behavior and you should work on it as soon as possible. For dogs, it is perfectly normal. But, our dogs live in an apartment or house and this scent is not something we want inside. Now you know what to do in order to help your dog understand the same thing.

Is Butter Good For Dogs, Bad Or Extremely Beneficial

Can Dogs Have Raw Meat 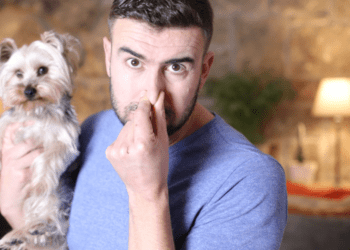 Have you Ever Wonder Why Does My Dog Smell Like Fritos? We all know that dogs do produce all kinds...

Why Do Dogs Get Hiccups?

Did you just witness your little pup hiccup and wonder why? Hiccups are something that humans experience, but dogs do...

Why Do Dogs Lick Your Face?

Why Do Dogs Lick Your Face? What's more exciting than coming home to a happy pup licking all over your... 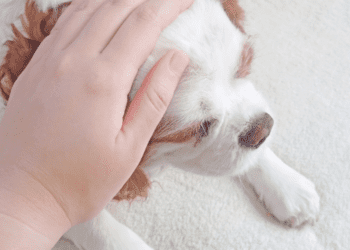 Why Do Dogs Like To Be Pet Every Single Day

We all know that dogs like to be pet. Some dogs are even addicted to this and they want this...

Can Dogs Have Raw Meat