Why Do Dogs Howl Instead Of Bark

Complete Explanation You Will Want To Know About

We all know that dogs can howl and bark. They don’t do this at the same time and they do it for different reasons. Why do dogs howl instead of bark? Well, we will have to explain the root of the issue and reveal some interesting facts. In general, these are two different forms of communication and dogs can use both of them but for different purposes.

Why Do Dogs Bark?

You may believe that dogs bark because this is the language they use in the wild. This is not true. Believe it or not, barking is something dogs have learned during history. Why do dogs howl instead of bark? First, you need to understand barking. Dogs will bark all the time. They are descendants of wolves. But wolves do not bark!

In the wild barking doesn’t have a lot of purposes. It will not scare off predators, it is not ideal for communication with other dogs and it won’t help dogs hunt. These are all the reasons why wolves don’t bark.

Barking is something dogs have learned from humans. Throughout history they were used for alarming the owners when a threat or a predator is nearby. Here we can see that barking is far more effective than howling. Barking is ideal to scare off the prey so a hunter can catch it. This is another main reason why all dogs bark. They were used for hunting for centuries.

The bottom line is simple. Dogs bark in order to communicate with people. Yes, they can communicate with dogs using the same method but usually to show aggression. They howl due to a different reason or better said reasons.

Why Are My Dog’s Eyes Red?

Why Do Dogs Yawn When You Kiss Them?

Why Does My Dog Cough

Why Is My Dog Breathing Heavily

Dogs usually howl when they want to communicate with other dogs. But they can use this method to try and tell you something! This is a much better option than barking. Another dog can hear howling far away and it can mean a lot of things. In general, we can see 5 reasons why dogs howl. Let’s explain these first.

Dogs will howl when they want to claim the territory. Wolves do the same thing. It means that all other animals will hear the sound and they will know that this territory is occupied and they must not go there. Your dog treats your home as his territory so he may want to tell others that this is his place. We can even say that this is a defensive mechanism. They will howl in order to try and avoid violence.

In the wild wolves will howl so they reveal the location of the home to wolves who are hunting. Using the howling they can get back easily. Some dogs do this for the same reason but it usually happens when there are multiple dogs in the house.

Dogs will howl when they want to reveal that they caught something or they have discovered something. It can be a prey, a thing, or something else. They will also howl when they are injured. People can cry and weep but dogs can’t. As such they will howl. This is a very common reason and the one that we can see being present in most dog breeds, especially the hunting dogs.

A dog can howl because he wants to get attention. It means that when a dog howls for a long time the owner will hear him and he will come to see the dog. On the other hand, a dog may howl because he suffers from separation anxiety. He is lonely and sad and he howls in order to deal with that. Dogs who are left alone in the house without toys for long will often do this. They need more time with their owners and they need something to do.

No, we don’t think about bonding between you and the dog or your pet and other dogs. In a nutshell, dogs will howl when they hear specific sounds. A police siren is the best example. What this means is that a dog will howl so he can become a part of the community. He obviously doesn’t understand why the police siren is on so he will try to become a part of the rush and the noise.

Should You Prevent Him From Howling?

The first thing you need to know about is that some breeds tend to howl much more than others. This is especially the case with Alaskan Malamutes, Coonhounds, American Eskimo Dogs, Dachshunds, Beagles, and many more. If you live in a neighborhood where this is a problem, you may want to help your dog understand that this is not acceptable behavior.

On the other hand, some dog owners like it when their dog howls so they will encourage the behavior. You need to know one thing. If you encourage something your pet does, he will do it more. He thinks that it is a nice thing and something he should do more. If you discourage that behavior, he will understand that he should stop.

There are a lot of training methods out there that are helpful in this case scenario. You need time, effort, and patience. Howling is in the blood of your dog so you need a lot of effort to try and change that.

In general, howling is in their genes while barking is something they have learned living with people. Both of these have pros and cons and each type of communication is interesting once you know why your dog uses it.

Tags: Why Do Dogs Howl Instead Of Bark
Tweet1Share2PinShareShare
Previous Post

How Many Times Should Dogs Eat A Day

Puppies Eating Grass: Why They Do This? 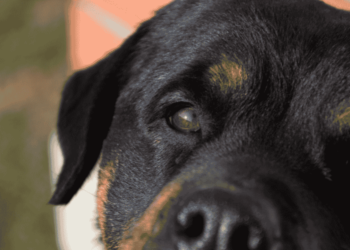 Why Are My Dog’s Eyes Red?

Dogs can end up with red eyes all the time. There are a lot of causes here and we need...

Why Do Dogs Yawn When You Kiss Them?

Dogs don’t have the ability to talk so they have to use body language and all sorts of other things...

Why Does My Dog Cough

You may believe that there are countless reasons why a dog can cough. You are right. There are many reopens...

Why Is My Dog Breathing Heavily

Heavy breathing in dogs is a common thing. It is not harmless and something that you should just monitor. This...

Puppies Eating Grass: Why They Do This?

00:05:32
ADVERTISEMENT
No Result
View All Result