What Does It Mean If A Dog Burp Smells Like A Poop?

What You Need To Know

by DogCorner Editor
in Wellness
6 0
0 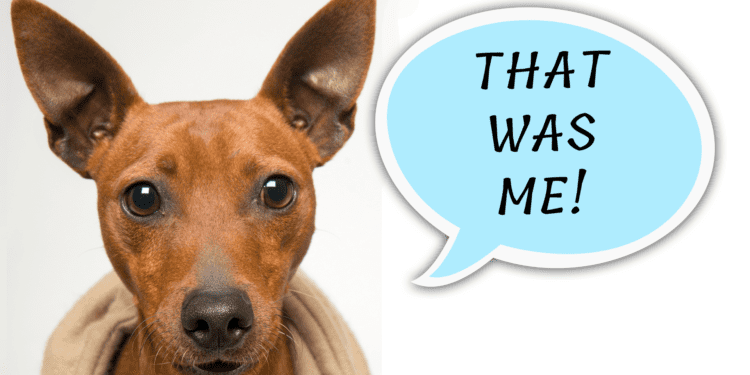 What Does It Mean If A Dog Burp Smells Like A Poop? Dogs, just like a human, do burp to release the excess air out of the stomach. Burping is common in dogs, and primarily this body function is harmless.

However, sometimes this function may become a cause of concern; before going into the detail of “What Does It Mean If A Dog Burp Smells Like A Poop?” let us go through the phenomena of burping in dogs.

What Does It Mean If A Dog Burp Smells Like A Poop?

WHY DO DOGS BURP?

The reason for burping in dogs is the same as in humans, i.e., accumulating air in larger quantities in the stomach. The burps indicate that air is moving out from the esophagus. A burp occurs when the dog drinks and eats quickly, leading to the accumulation of air within the stomach and cause a burp.

Many studies show that the burp is usually due to gas formation within the stomach when there is the interaction of alkaline foods having high PH with stomach acids and digestive enzymes.

The gas produces within the stomach will eliminate as a burp or flatulence. Aerophagia (swelling of excessive air) is the primary cause of burping in dogs. This aerophagia can be during drinking water or gulping food.

How Long Can Dogs Hold Their Pee

What Happens If A Dog Doesn’t Eat For 3 Days

The dog’s diet is another potential cause of burping. A rapid change in the diet can make the dog burp more regularly. The addition of human food to the dog’s diet also makes the dog gassier.

Some breeds of dogs are famous for passing more gas as compared to other species. These breeds include Boxers, Pugs, Boston Terriers, and Bulldogs. These breeds burp more because these dogs have pushed-in faces that make them swallow air during eating.

Dental disease arises when there is an accumulation of bacterial on gums, or the formation of plague occurs, or there is tartar in the dog’s mouth. Plagues and tartar are due to the accumulation of 80-90% bacteria.

If the dog’s dental health remains to uncheck, the bacteria will form a plague, which then hardens to form tartar and then leads to gingivitis, decaying of the tooth, and terrible smell like poop from the dog’s breath. The poop smell burping is due to plague, tartar, rotting teeth, gum infection, and other dental issues.

As dogs are curious creatures, they like going after anything in the trash or anywhere else in the home. This habit of dogs will lead to bad breath. If a dog has a standard excess of garbage or reaches the decomposing remains of an animal, the dog will burp with a poop smell.

It is usual for the dog to go after the cat’s poop, and any household having cats can offer too much impulse for the dogs to avoid. Not only is the poop smelly, but it is also unhygienic.

There are also some chances that dogs ingest their poop or feces of other dogs. This condition is known as coprophagia that causes the dog burp to smell like poop. This foul breath or poop-like burping is usually temporary unless the pet has a limitless desire for overall things.

IMBALANCE OF ORAL AND GUM MICROBIOMES

Balanced oral and gut microbiomes in dogs as both must be very vital for the dog’s overall health. Most people think that the route is straight from the mouth to the stomach. But oral and gut health is very much connected.

There will be an imbalance when harmful bacteria become more in numbers as compared to beneficial bacteria. This imbalance microbiome will result in bad breath as the numerous productions of harmful bacteria in the gut will generate too much smelly gas.

This smelly gas will absorb in the bloodstream and, when exhaled, leads to bad breath. Therefore, an imbalance of the gut microbiome will cause a lousy burp in dogs.

As mentioned above, that gum disease is the primary cause of bad breath in dogs. Thus, it is essential to take good care of oral microbiomes by following the below-mentioned tips.

If you liked this article, please check out my oher post:

How To Train A Puppy Not To Bark

It is a common thing that a dog owner believes that a product safe for humans is safe for dogs...

Many people or better said most dog owners like essential oils. They like the scent, perks, and benefits. This brings...

How Long Can Dogs Hold Their Pee

All dog owners who have steady jobs and not a lot of time are wondering how long can dogs hold...

What Happens If A Dog Doesn’t Eat For 3 Days

What happens if a dog doesn't eat for 3 days? Obviously, you will not skip feeding your pet for 3...