No Result
View All Result
Home DIY & How To Tips

How To Discipline A Dog After Fighting

How To Discipline A Dog After Fighting? Many of you know that dogs will fight sometimes. You may even believe that punishment is mandatory after the fight. But, this is the last thing your dog needs and the last you need to do.

A big question is how to discipline a dog after fighting? The answer is simple and complicated at the same time. We will provide you this below.

Use order and strict obedience

You are an alpha in your household and you must act as one. This is the first and the most important thing you need to know. There are a few additional things we must reveal.

First, always use a precise timetable when feeding and playing with your dogs. If they fight, this happens due to the fact one of them gets more food or more toys than the other. How to discipline a dog after fighting starts with this.

If you do all of the things we have mentioned above, you will see massive improvements. After all, both dogs will get the same meal, same toys, and the same period of time you give to them. As such, they won’t have the need to fight. Yes, these things are the most common reasons why dogs will fight.

That being said, punishing your dog won’t be an effective method. It will have the opposite effect and can make your pet even more aggressive.

For some owners it is difficult to tell a difference are the dogs fighting or playing. The easiest method to tell is that a serious fight is to look at the body language. If the back hair is up, the ears are pushed backward and the mouth are closed.

The upper lip is moved up and there are growling sounds. In addition, one dog will be submissive and will try to escape from the other.

If dogs are playing, they will have bouncing movement, an open mouth, and no elevated hair on the back. They will also fall down, run together and play for a long period of time. This is important and can be considered as the main things to look for.

Being able to tell a difference between two actions is mandatory. You need to act only if they are fighting. If dogs are playing, there is no need to act. They need fun and it is the best way to get physical activity in massive amounts. But, fighting is something you must prevent at all costs.

Things you should do after the fight

The first thing to do is to stay calm and forget about the fight. These things happen and all dogs will do it at some point. Being stressed about this won’t help you much.

The next thing you need to do is to check for the injuries. As you already, know the smallest dog will be injured the most. If both are injured, check for injuries on both pets and make sure there are no major issues.

If one dog is bleeding, use a cloth and stop the bleeding. It is possible that both dogs are bleeding and you should do the same. If there are more severe injuries, help from a vet is mandatory. Don’t wait for days.

Separate your dogs now. They must be in separate areas or rooms for 48 hours at least. Yes, they are like humans and they will need the time to cool down. Once this time has passed, you can start thinking about introducing the dogs once again. This is a separate thing you will need to do and there are a lot of things to know.

Yes reintroducing your dogs is mandatory and you need to follow the steps we will give you below. These are all important and all mandatory. Do not skip a step!

Keep in mind that both dogs can live together. You need to look after them and prevent any possible fights that may occur. The most important thing is to look after the dogs and don’t let them have a second fight. Frequent fights can be dangerous, especially if one dog is much smaller than the second.

How to discipline a dog after fighting and can you actually do this? The answer is yes and there are no complications here. But, you must follow all the things we have explained above. These techniques are recommended by experts and they have been proven in countless examples and situations. As always, stay calm and remember that you will need a lot of time to achieve the desired goal.

You can learn here, How To Keep Flies OFF Dogs.

How To Keep Flies OFF Dogs

How To Keep Dogs Out Of Litter Box 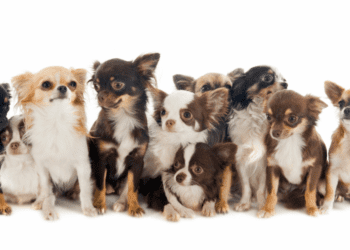 Here we have an interesting and extremely important question. How long do Chihuahuas live? The answer is simple and there...

Jumping on shoes, barking at the doorbell, and counter surfing, are just a few among some of the problematic behaviors...

How To Take a Selfie With a Dog? Imagine a cute canvas hanging in the main hall, with you and...

Many of you have heard about Shiba Inu aggressive behavior. You may believe that they are the most aggressive dogs...

How To Keep Dogs Out Of Litter Box