No Result
View All Result
Home DIY & How To Tips

HOW DO I GET MY DOG TO STOP LICKING MY CATS?

How do I get my dog to stop licking my cats? Whenever a dog and cat come in front of each other in the same place, there are chances that things might become a bit awkward at first. In fact, these pets can turn aggressive at any time, so proper supervision is necessary.

However, a puppy can accept a kitten when raised together that can lead to a peaceful house. The canine fellow usually licks all over the feline face without any reservation. Before going into detail about stopping the dog from licking a cat, it is essential to know what it means when a dog licks a feline friend.

Experts have many theories about the behavior of a dog with a cat. The dog licks a cat all over the face due to following reasons.

HOW DO I GET MY DOG TO STOP LICKING MY CATS?

Most dogs lick humans or other animals as a response to positive reinforcement. For instance, if an owner calls the dog a good boy, the dog may lick him more and again and again.

The same rule applies to the cat. If the feline fellow responds positively to the dog’s licking, the dog will repeat it several times in the future. This licking of dog shows affection for the cats.

How to Spoil Your Dog? 9 Funny Ways.

How To Get Rid Of An Aggressive Dog Humanely And Easily

How To Sterilize Deer Antlers For Dog Chews

Smelling sense is one of the primary reasons for a dog’s popularity. Their sense is superior compared to the humans and can detect the scent from a distance with ease. When the dog’s nose picks up a scent of their interest, then they like to taste that thing.

Thus, in this case, the puppy will lick the kitten repeatedly and is responsible for the puppy’s behavior. Furthermore, the puppy can lick anything that carries the smell of the cat.

In the wild, dogs and cats live in a pack, and thus it is clear that pets can sustain pack behavior even after going into domestication. Dogs usually lick to show submission towards ones they consider superior, including humans, fellow dogs, and other animals. Hence, licking a cat can indicate that dog feels the feline friend superior.

Just like cats, dogs do groom themselves in addition to ones that they keep beloved from humans to animals. Thus, if a puppy licks a kitten, the canine friend considers the feline fellow as a member of its family.

On the other hand, cats are keen groomers, and they usually return the favor by licking the canine fellow back.

TIPS HOW TO STOP DOG FROM LICKING

Whether the dogs are obsessively licking themselves or cats and it has become embarrassing behavior, there is a need to stop dogs from licking. However, it is always important to know the actual cause of excessive licking.

If the excessive licking is in the initial stage or has increased dramatically, this could be a reason for the underlying health issue. Thus, it is a good idea to visit the vet immediately.

One of the leading causes of excessive dog licking is boredom. Some dogs lick when they are frightened or out of affection. To curb such behavior, the owner should try the following few tips.

Boredom can also lead a puppy to lick more. They may lick the feline friend during boredom or may like other objects like toys etc. The owner should provide extra time to the puppy and enhance the playtime to remove the boredom.

Sometimes it becomes necessary to separate both puppy and kitten to stop the puppy from licking the kitten. The separation should be for at least seven days. However, try to avoid boredom while separating them by providing extra toys and more playable things.

Licking can become a serious issue that an owner may not understand. Seeking vet help can identify the problem and treating it.

A toy stuffed with rewards or new dog bone will help the dog to stop licking. This toy will help to redirect the energy into another more appropriate behavior, such as chewing.

These are some of the common tips that will help to reduce the puppy licking to the cat.

Tags: How do I get my dog to stop licking my cats
Tweet1Share2Pin32ShareShare
Previous Post

Why Don’t Dogs Have Belly Buttons Visible Like Humans?

How To Take a Selfie With a Dog? Imagine a cute canvas hanging in the main hall, with you and...

How to Spoil Your Dog? 9 Funny Ways.

Ever thought of How to Spoil Your Dog? Enthusiastic pet owners love spoiling their dogs. Every year on the 10th...

How To Get Rid Of An Aggressive Dog Humanely And Easily

How To Get Rid Of An Aggressive Dog? Dogs are the best friends to us humans and they are always... 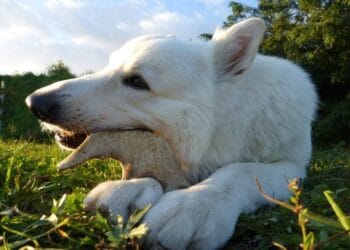 How To Sterilize Deer Antlers For Dog Chews

All dogs like to chew and they will do it almost on a daily basis. Dogs do this in order...